Khan will lose his seat in the National Assembly under the verdict.

Khan, who has denied the charges, was accused of misusing his position to purchase and sell gifts received during state visits abroad that were worth over Rs140 million ($635,497).

A five-member election tribunal announced the verdict in the Toshakhana case against Khan under Article 63(1) P, ruling that the former premier was found “guilty of corrupt practices.” Toshakhana is a repository for gifts received by a head of state from foreign countries.

Members of Khan’s Pakistan Tehreek-e-Insaf (PTI) party said they were not surprised by the verdict and the party would challenge it in a high court.

While a detailed ECP verdict is awaited, legal experts interpreted it as Khan being disqualified till the end of the current National Assembly (NA) term.

Faisal Chaudhry, a lawyer in Khan’s team, said the Election Commission tribunal had no jurisdiction in the matter, and said a challenge would be lodged in the high court. “The election commission doesn’t have a legal authority to give a ruling in such cases,” he told Reuters. “We will challenge it.”

The move is likely to deepen lingering political turmoil in the country. The latest decision comes months after the parliament ousted Khan through a no-confidence vote.

Protests were reported in Islamabad, Rawalpindi, Lahore, Peshawar and Karachi as PTI leaders urge people to pour into the streets.

In Islamabad, a large number of PTI workers and supporters gathered at Faizabad Interchange where police resorted to tear gas shelling to prevent the protesters from marching towards Islamabad. Hundreds of supporters briefly clashed with police in the garrison city of Rawalpindi.

In Peshawar, groups of supporters blocked a number of key roads including the highway connecting the city to the capital Islamabad, to the dismay of drivers. 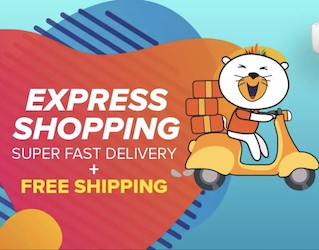